Servant leadership refers to the concept where a leader is also a good servant. It is all about laying down the goals and then doing whatever it takes to help the people achieve those goals. Servant leadership quotes provide wisdom from an ancient leadership philosophy that will help you shape your company’s culture.

What is servant leadership?

Servant leadership is a leadership style wherein a leader leads by putting the needs of its team first.  Servant leaders believe that people produce high-quality work when they feel personally and professionally fulfilled. This kind of leadership is more popular in non-profit organizations but can also be used in any type of business.

Businesses that follow servant leadership tend to exhibit a strong work culture with high employee morale. Servant leadership in a business ensures that all employees are appreciated, valued, and treated with respect irrespective of their positions. Servant leadership quotes are a great source to gain wisdom if you are planning to implement this approach in your business.

The four greatest servant leaders of all time are:

Also read: What is laissez-faire leadership & its importance [with examples]

This quote by Winston Churchill focuses on being kind and generous, offering your skills, service to others. It means that when a person gets something for themselves they make a living but when a person does something selflessly for others they make a meaningful life. This is a quote about kindness, leadership, and service.

This is a quote by J. Carla Nortcutt means that most leaders spend their time and effort in ensuring that people praise them and think highly of them whereas good leaders ensure that their people think good about themselves.

“A true natural servant automatically responds to any problem by listening first.”

Robert Greenleaf was the founder of the modern Servant leadership movement and the Greenleaf Center for Servant Leadership. His quotes provide wisdom about how great leaders should conduct themselves. It says that a true servant leader is a great listener first who is always willing to listen to its team members and try to solve their problems.

“If leadership serves only the leader, it will fail. Ego satisfaction, financial gain, and status can all be valuable tools for a leader, but if they become the only motivations, they will eventually destroy a leader. Only when service for a common good is the primary purpose are you truly leading.”

Dr. Sheila Murray Bethel is a successful entrepreneur and recognized internationally as an expert in leadership and change.

“Life’s most urgent question is, ‘What are you doing for others?”

Martin Luther King Jr. was an American Baptist minister and activist who became the most visible spokesman and leader in the American Civil Rights movement. He was the youngest man to have received the Nobel Peace Prize. His quote encourages servant leaders to ask what have we done to help and uplift our followers and team members.

Also read: What is democratic leadership & its importance [with examples]

“If you want to lift yourself up, lift up someone else.”

Booker Taliaferro Washington was the most influential African-American intellectuals who was an educator, author, orator, and adviser to several presidents of the United States. His famous quote talks about how uplifting and helping others to do better can be a way to uplift yourselves in return. A selfless leader is more likely to be a successful leader.

“A leader is best when people barely know he exists, when his work is done, his aim fulfilled, they will say: we did it ourselves”

Laozi was an ancient Chinese philosopher and writer. This quote by Laozi holds true for so many leaders and serves as an inspiration. It shares how a leader can be powerful and successful by their ability to encourage and inspire outstanding work amongst their employees. A leader should work selflessly towards achieving the common goals without taking any credit.

“If your actions inspire others to dream more, learn more, do more, and become more, you are a leader.”

John Adams, a remarkable political philosopher, served as the second President of the United States. This quote is reflective of his thoughts on leadership that focused on how a leader should work towards inspiring and encouraging others to do better rather than thinking about themselves. A true leader uplifts its team members.

“The first responsibility of a leader is to define reality. The last is to say thank you. In between, the leader is a servant.”

Max DePree was an American Businessman and writer. Max DePree was intentional about allowing his beliefs to shape his approach towards life, management, and leadership. He was a highly respected business leader due to his leadership approach. He believes that a leader should always be real and humble.

John Calvin Maxwell is an American pastor, author, and speaker who has written several books, focusing primarily on leadership. Some of his books have been listed under the New York Times Bestseller. His quote talks about how if a true leader cares for people, people will automatically show respect towards you and your work.

11. Verses about servant leadership by James A. Autry

James A. Autry, a former Fortune 500 executive, is an author, poet, and a consultant whose work has had significant influence on leadership thinking. His quote shares how a leader should focus on being a better person and people will follow the leader automatically.

James M. Strock is an American writer, speaker, entrepreneur, lawyer, and former senior level public official. He is an author of three books on leadership. He is a recognized speaker and expert on leadership. Stock loves the idea of serve, service, serving.

“Servant leadership is all about making the goals clear and then rolling your sleeves up and doing whatever it takes to help people win. In that situation, they don’t work for you; you work for them.”

Ken Blanchard is an American author, business consultant, and motivational speaker. His writing career includes 60+ published books. While talking about servant leadership, Blanchard writes that leaders should do whatever it takes to achieve the goals.

“Servant-leadership is more than a concept, it is a fact. Any great leader, by which I also mean an ethical leader of any group, will see herself or himself as a servant of that group and will act accordingly.”

Morgan Scott Peck was an American psychiatrist and the best-selling author. While talking about servant leadership, M. Scott Peck believes that a leader should himself be a servant and conduct his act accordingly.

Also read: How to become a charismatic leader [with examples]

15. Service based leadership by Mahatma Gandhi

“The best way to find yourself is to lose yourself in the service of others.”

Mahatma Gandhi was an Indian lawyer, anti-colonial nationalist, and the primary leader of India’s Independence Movement. He believed in kindness, peace, and non-violence. He believed in selflessly serving people without causing any harm to anyone. His leadership thoughts implied that a leader must lose themselves in the service of its pupils. Only then a leader is truly successful.

Previous article: Animal leadership – How to learn from animals & become effective leaders [with examples]
Next article: 8 Mistakes To Avoid as a Remote Team 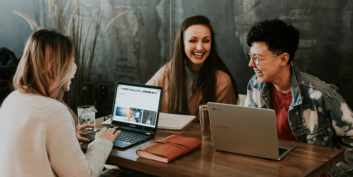 END_OF_DOCUMENT_TOKEN_TO_BE_REPLACED

Are you thinking of growing your career as a SQL DBA? In this post we share top 5 tips for becoming …

END_OF_DOCUMENT_TOKEN_TO_BE_REPLACED 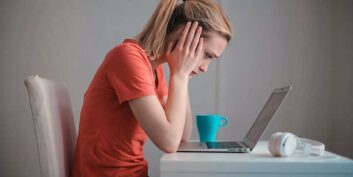 Do you want to choose a career that won't trigger your anxiety? In this post, we cover 11 perfect …