Blockchain boasts transparency among its transactions and is said to be tamper-proof. This is why it is quickly gaining popularity. However, with great power comes great responsibility, and blockchain networks are no exception. Just like any other system, the blockchain is vulnerable to attacks. That’s why it’s important to perform regular blockchain penetration testing to ensure its security.

In this article, we’ll discuss all the necessary steps to performing a successful blockchain pentest.

What is Blockchain Penetration Testing?

Blockchain penetration testing involves simulating attacks on a blockchain network to find and exploit its vulnerabilities. This is done to understand how each flaw can be taken advantage of so that you can fix them appropriately and ensure an attack doesn’t take place.

Why is it important?

As we mentioned earlier, the blockchain is a powerful tool that can be exploited if not secured properly. As a result, it’s critical to conduct regular blockchain penetration testing. By identifying and fixing vulnerabilities, you can help ensure the security of your blockchain network.

The blockchain is a new technology and, as such, has not been extensively tested. Therefore, it is vulnerable to various attacks. Among the common security issues with blockchain are:

The first step in blockchain pentesting is discovery. During this phase, you’ll need to understand the blockchain architecture and how it works. You’ll also need to identify any compliance requirements that must be met. After you’ve had a thorough grasp of the system, you may move on to the evaluation phase.

In the evaluation phase, you’ll assess the security of the blockchain system. This includes identifying and exploiting any vulnerabilities. You’ll also want to test the functionality of the system, including its size and speed. After completing your assessment, you’ll move on to functional testing.

Then include the following in your testing:

After you’ve completed all tests, you’ll need to evaluate the results and create a report.

Draft reports that are simple to comprehend even for non-technical users. In this way, they will be able to fix vulnerabilities without any help from an expert. You’ll also recommend any necessary remediation steps.

After testing has been completed and the report has been generated, it’s time to fix any vulnerabilities that were found. This includes implementing security measures to prevent attacks as well as repairing any damage that was caused by the attack.

Who can perform blockchain pentests?

Pentesters should have a good understanding of how blockchain works as well as experience with various attacks. They should also be able to identify vulnerabilities and recommend remediation steps.

If you lack in-house skills, you may want to consider hiring an external company or individual to perform the pentest such as Astra Security.

The importance of performing blockchain penetration testing cannot be overemphasised. By identifying and fixing any vulnerabilities in your blockchain’s network, you can secure all your transaction data. Blockchain technology is still new and evolving, so it’s important to stay ahead of potential threats by regularly performing pentests.

By following the steps in this guide, you can perform a comprehensive blockchain pentesting assessment that will identify any vulnerabilities in your system. After following the remediation tips, you can rest confident that your blockchain network is now safer than ever.

Avanti is a voracious reader of books in psychology and physics while being an experienced digital marketeer and ukelele artist. She writes on remote work, technology, space, quantum physics, and productivity.

Previous article: 7 Simple Ways To Care For Mental Health As A Remote Worker
Next article: E-Learning: 5 Benefits of online learning 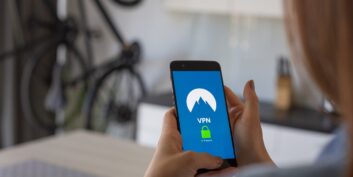 In this blog, we have uncovered some of the best VPN for Crypto Trading.   A VPN or …

END_OF_DOCUMENT_TOKEN_TO_BE_REPLACED

In this article we are going to understand the pros and cons of crypto mining. Let's get …

END_OF_DOCUMENT_TOKEN_TO_BE_REPLACED 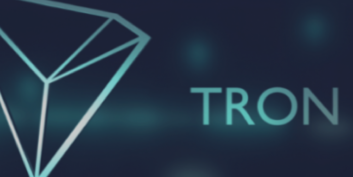 Cryptocurrency has changed a lot since the invention of Bitcoin. Even old pros who cashed out early …